Psalms 116:1-2 “I love the LORD, because he hath heard my voice and my supplications. 2 Because he hath inclined his ear unto me, therefore will I call upon him as long as I live.” 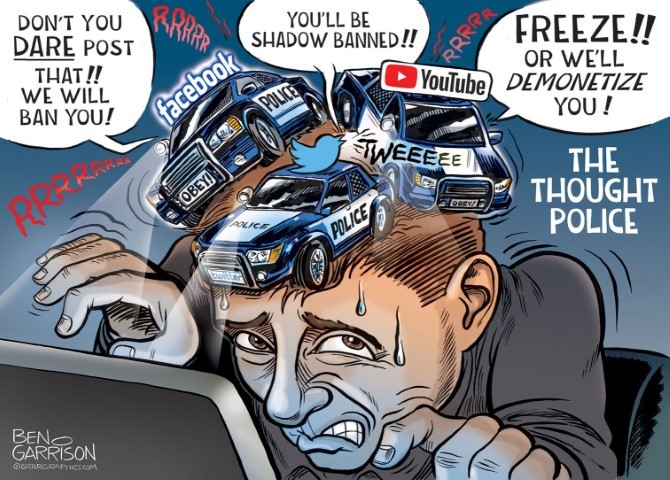 When 5G is Fully Unleashed

Government Is Now The New Religion?

Now Microsoft Is Making Sure You Are Condemned to Hell

Baby Killer Nancy Pelosi: ‘We Renew Our Commitment to Build on the Legacy of Roe v. Wade’

Robert F. Kennedy, Jr. warns that all the vaccine deaths are no coincidence

Biden Blocks Trump’s HHS Rule that Forces Big Pharma to Lower Drug Prices Now you know who is in bed with Big Pharma and who is the ENEMY of the People!

CNN reporters hit air with debunked claim 47 times Well they are the Fake CNN so no surprise there!  See the REAL CNN here

Jezebel Joy Behar Praises George Lopez for Offering to Assassinate President Trump  Trump Derangement Disease will never go away. He lives in their heads and controls them lol!

Dogs Treated better than the Troops! Biden’s Gave Their Dogs Warm, Fluffy Doggie Beds to Sleep In – Made Troops Sleep on Cold, Hard Floor in Parking Garage — Are You Paying Attention, Yet?

Are Antifa Riots ‘Domestic Terrorism’? Their handlers the Communist Democrats don’t think so!

Galatians 4:16 “Am I therefore become your enemy, because I tell you the truth?”

Preaching the True Gospel of Jesus Christ without apology! Saying what other Preachers with LACE on their PANTIES won’t say!