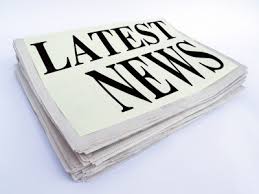 To get this and other Alerts not posted, Sign up to have it delivered directly to your email

Proverbs 1:31 “Therefore shall they eat of the fruit of their own way, and be filled with their own devices.”

Preaching, Teaching and Saying what Limp Wristed Preachers with Lace on their Panties WONT Preach, Teach or Say!

This weeks Ignorance Gone to Seed Award: We have 2 winners this week!

Tennessee University Student: It’s OK To Murder Young Children Because They Can’t Communicate Like Adults! It is really hard to believe there are Animals in society that actually believe this.  Reprobates like this are influencing governments around the world. It’s why you see so many kooks on the left! They have bred and taught other kooks to believe the same!

Number two is good ole Al Gore: Bitter Cold Is “Exactly What We Should Expect” From Global Warming, Says Al Gore. Al is a prime example of Isaiah 5:20 and of some one given over to again, a Reprobate Mind! These devils are not going to give up until you are paying a carbon tax to THEM. It has NOTHING to do with the planet. It has everything to do with GREED and Enslavement!

Signs of the times

Rastafarianism Pot Church: Where Marijuana is the Sacrament!

Detroit on High Alert After Workers at 6 Restaurants Test Positive for Hepatitis. Detroit is a haven for Muslim refugees and Illegal aliens. Do you understand?

20,000 potential Pedophiles in the United Kingdom

Mormonism practice of Baptizing the Dead

Satanists Sacrifice THEMSELVES in Satanic Ritual

‘You feel that the devil is helping you’: MS-13’s satanic history

Other News of Interest:

Ladies, here is your “Perfect Man” and you don’t have to worry about STD’s or Pregnancy!

Rand Paul: Pakistan burns American flags and imprisons Christians, cutting aid to them is the right thing to do

Strong Earthquakes Hit San Francisco And Mount St. Helens And Experts Warn They May Be Foreshocks For ‘Something Larger’

May God Bless if you are truly one of HIS Children!

Until next time, KLTJ – Keep Looking To Jesus