Sign up to get it in your inbox here

Preaching, Teaching and Saying what Limp Wristed Preachers with Lace on their Panties WONT Preach, Teach or Say! 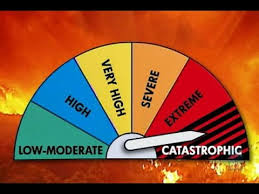 This weeks Ignorance Gone to Seed Award. UK Math Teacher Suspended for Saying ‘Well Done, Girls’ as One Student Identifies as Boy I will let this speak for itself!

Signs of the times

Is this Proof of ‘White Genocide’ Straight from Google?

City threatens grandfather for reading Bible without a permit

Pope Preaches universalism: ‘Everything will be saved, Everything’

Lawmaker attacks home schooling as ‘child abuse’ ‘Half the kids are failing to learn’…… That is they are failing to be INDOCTRINATED into these Scumbags way of thinking!

‘It’s not possible to eradicate plague’: Scientists warn deadly disease will ravage the planet for ETERNITY. NOT! They have not read the Book! All disease will be done away with in the New Heaven and New Earth!

Every Democrat Presidential Candidate in 25 Years Had Pedophile Ties

Naked burglar bursts into Florida woman’s home, tries on her clothes, rolls around in yard

Other News of Interest:

Makeup Removing App ‘MakeApp’ Causes Mass Triggering! I got it and am gonna use it!

People for sale in Libya where people are auctioned for $400 Thanks Obama and Hillary!

May God Bless if you are truly one of HIS Children!

Until next time, KLTJ – Keep Looking To Jesus