Deuteronomy 32:22 “For a fire is kindled in mine anger, and shall burn unto the lowest hell, and shall consume the earth with her increase, and set on fire the foundations of the mountains.” 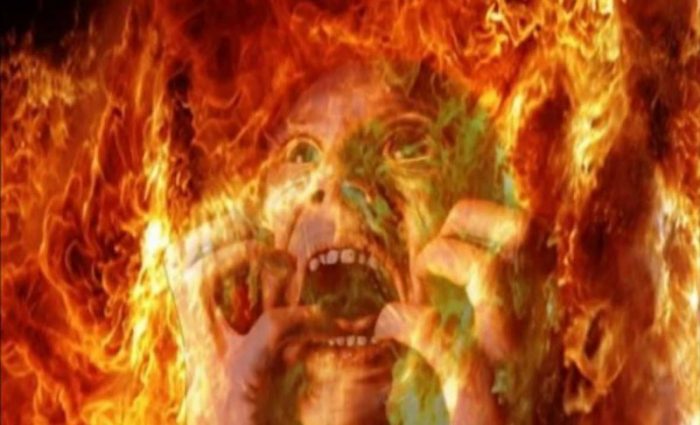 ‘Like a bomb hit’: Death toll from devastating floods in western Germany grows to 81

Could the Attacks on Israel Lead to the Impossible, Fulfilling Temple Mount Prophecies?

Are the Israeli Defense Forces preparing for a possible military strike to take out Iran’s nuclear facilities?

It’s burning like hell! Megafire in Oregon and 60 wildfires in 10 US states, 800,000 hectares of forest destroyed so far in Siberia, the world is a burning torch Best heed the Scripture at the top people!

Texas Terror: 34 People Are Being Decontaminated After ‘Mustard Gas’ Release at Water Park  Did not hear about this one did you?

Muslim cleric on accused blasphemer: ‘We just kill. For us, as it concerns the Apostle of Allah, ours is to kill.’

Pregnant Man Emojis Could Be Introduced This Year

White House: If you’re banned for “misinformation” on one platform, you should be banned from ALL platforms

Is the FBI Trying to Create a New Generation of ‘Hitler Youth’ or What?  See Obama’s Brown Shirts Here and Here

Black Politician Telling People ‘Go Into Indian and White Neighborhoods; Kill Them and Burn their houses down‘ in South Africa

Biden Says Facebook Is ‘Killing People,’ Even While They’re Doing His Bidding on the Approved COVID Narrative