The embassy opening will coincide with Israel’s 70th anniversary.

Look for increased Terrorism in the Middle East AND here in America! The Muslim Terror Cells will be activated! Are you ready for eternity if an attack happens in your area? If you ain’t, here is how….. How to be BORN AGAIN 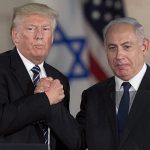 WASHINGTON — The Trump administration will officially relocate the US embassy in Israel from Tel Aviv to Jerusalem in May, timed with Israel’s 70th Independence Day, a State Department official confirmed to The Jerusalem Post on Friday.

The official was responding to a message on Twitter by Transportation Minister Israel Katz, who seemed to confirm the move would occur in the spring.

“We’re planning to open the new US Embassy to Israel in Jerusalem in May,” the US official told the Post. “The Embassy opening will coincide with Israel’s 70th anniversary.”

“The Embassy will initially be located in Arnona, on a compound that currently houses the consular operations of Consulate General Jerusalem,” he continued. “At least initially, it will consist of the Ambassador and a small team.”

I would like to congratulate Donald Trump, the President of the US @POTUS on his decision to transfer the US Embassy to our capital on Israel's 70th Independence Day. There is no greater gift than that! The most just and correct move. Thanks friend!

Trump administration officials say Congress being briefed on plans; ribbon cutting could take place on May 14 – day of independence declaration

Times of Israel – The new US Embassy in Jerusalem will open in May 2018 to coincide with the 70th anniversary of Israel declaring independence, two Trump administration officials said Friday. At first, the embassy will operate out of the US’s current consular premises in Arnona, south Jerusalem.

The officials said Congress was being notified of the impending move on Friday. Secretary of State Rex Tillerson signed off on the security plan for the new embassy on Thursday.

Read more at Times of Israel

Cheering Netanyahu says US embassy move will have ‘long-term implications’

PM thanks US president for his leadership and ‘strong friendship,’ will reportedly ask him to visit Israel for ribbon-cutting ceremony

Palestinians: Moving Embassy to Jerusalem a Declaration of War

“Everything can collapse if the embassy will be moved to Jerusalem,” said al-Habash. “It can open a wide door to possibilities that no one wants.” He added that they will not be able to sit idly by if such a move occurs. Read more here.

Clashes erupted in Gaza and the West Bank earlier on Friday in a weekly protest against US President Donald Trump’s stance on Jerusalem. 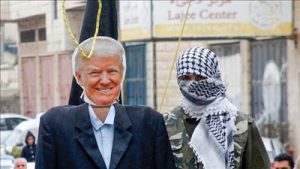 RAMALLAH, West Bank/GAZA – Palestinians reacted on Friday with anger to reports that the United States will move its embassy from Tel Aviv to Jerusalem within months, saying this could destroy the prospect of a two-state solution to the Israel-Palestinian conflict.

Clashes erupted in Gaza and the West Bank earlier on Friday in a weekly protest against US President Donald Trump’s stance on Jerusalem, which has also angered Arab political and religious leaders across the region and dismayed European allies.

Jerusalem Post – The Iranian parliament voted to approve a plan on Wednesday that would require the government of Iran to recognize Jerusalem as the permanent capital of the Palestinian people, Iranian news agency Fars reported.

Time is very short! Are YOU ready for your step into Eternity?